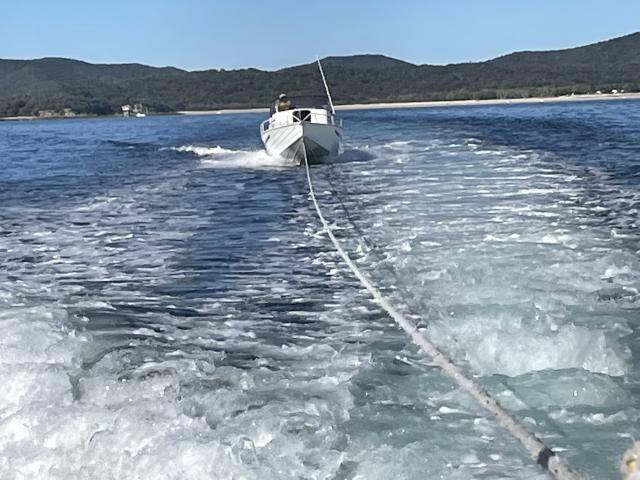 Coast guard on and off the water

It’s been a busy week for the Coast Guard on the water with multiple calls for help.

Marine Assist Rescue left Rosslyn Bay Harbor at 10:00 a.m. and returned with the vessel in tow at 11:30 a.m. and gained a new marine assist member.

Assistance and Marine Assist Rescue left Rosslyn Bay Harbor at 1.25pm ​​and returned with the vessel in tow at 3.15pm.

Continuing with reasonable weather and plenty of boat activity, a 5.2m Bowrider with

On Sunday, a 6m Bowrider with 4 POBs needed assistance when he was only halfway to Great

The Yeppoon Rescue One turned away from a training exercise and returned with the ship in tow at 12:40 p.m.

Later that afternoon, a member of Marine Assist in a 5.5 m half-cabin boat called from Square

Rocks to report that he was having battery issues.

The Yeppoon Rescue One left Rosslyn Bay harbor at 2:50 p.m.

The boat could not be restarted and was towed to the port of Rosslyn Bay, where it arrived at 4 p.m.

The barbecue, cocktail van and raffles raised a significant amount of money for the Coast Guard.

There have been numerous reports of whales being sighted in Hervey Bay on their annual migration and there was a report on Yeppoon’s Facebook page.

Pleasure boat owners are warned to be alert to avoid collisions with whales.

They must also respect the regulations relating to the respect of safe distances with whales and dolphins.