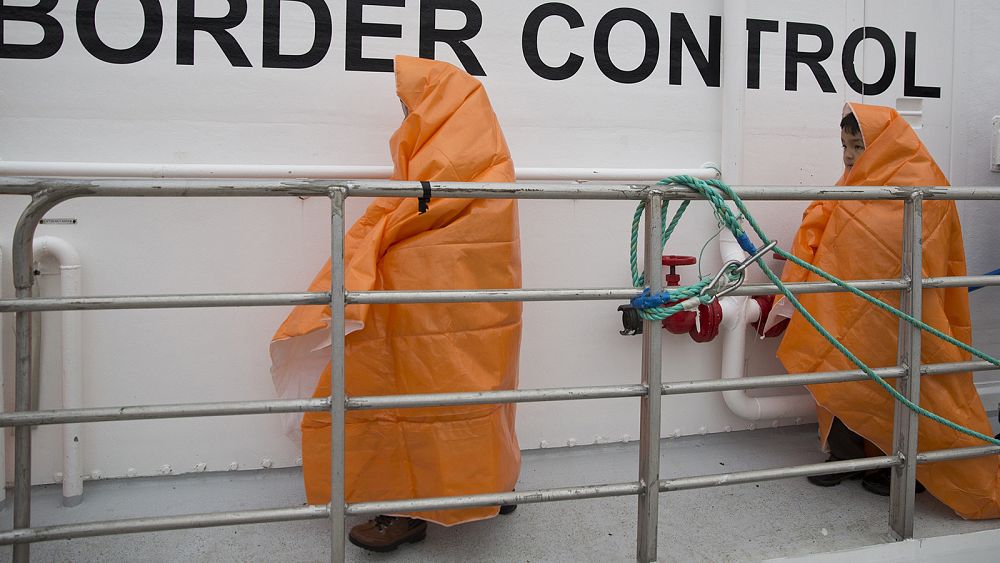 The Greek coastguard has rescued 108 migrants from a sailboat that was found without a rudder and fleeing in the Aegean Sea in near-gale force winds, authorities said on Sunday.

The rescued migrants – 63 men, 24 women and 21 children – told Greek authorities that four other people were missing.

Reports of a sailboat adrift off the uninhabited island of Delos reached the coastguard on Saturday evening, prompting them to send three rescue vessels and a tugboat.

Early on Sunday morning, rescuers managed to tow the sailboat to an islet off the neighboring island of Mykonos, while the rescued migrants were transported safely to the island.

They told authorities that their boat had left Turkey for an unknown destination.

“Once again the Coastguard has saved lives that ruthless trafficking rings have put in mortal danger without even the most basic protective measures,” said Minister of Shipping and Island Policy , Ioannis Plakiotakis.

The Macedonian route is active again

Police raided a house in the northern city of Kumanovo and found 44 Pakistanis and one person from India.

Police arrested the owner, a 41-year-old man identified only by his initials as UF

The migrants are believed to have entered illegally from Greece and were waiting to be smuggled into Serbia en route to unidentified EU countries.

They were transferred to a reception center for migrants on the border with Serbia pending deportation.

In another case, police discovered 26 migrants from Syria hiding in a van during a routine check at a highway toll booth in the south of the country.

The van driver and his assistant, both Macedonian nationals, have been arrested, police said on Sunday.

The migrants were transferred to a reception center near the border with Greece pending deportation to that country.

According to police, a branch of the Balkan route for migrants via North Macedonia has become more active again in recent months after many countries lifted travel restrictions due to the COVID-19 pandemic.