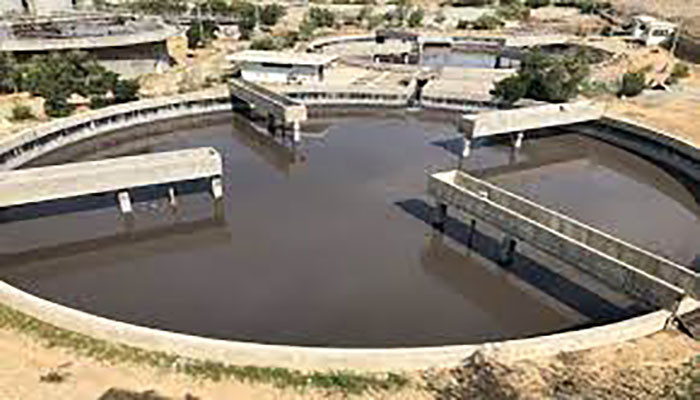 The sixth meeting of the coordinating committee comprising Sindh and federal government authorities met on Sunday at the chief minister’s seat and took important decisions, including the establishment of combined effluent treatment plants (CETP) in within the framework of a public-private partnership.

Other decisions included increasing the Greater Karachi K-IV Bulk Water Supply Program to be implemented by the provincial government, the Karachi Port Trust (KPT) and other agencies issuing certificates of no objection (NOC) for the Mauripur highway and the ICI interchange. project.

The meeting also discussed the departure of Sindh Rangers from Malir Halt and Mosamiat bus depots for the launch of the Red Line Bus Rapid Transit System (BRTS) in Karachi.

Providing an update on the PC-I development program to rehabilitate 25 stormwater drains of the Karachi Metropolitan Corporation (KMC), Local Government Secretary Najam Shah told the meeting that an in-depth study on 41 KMC drains had been performed by NED Engineering University. & Technology.

However, he said, only 25 KMC drains were considered critical and needed immediate rehabilitation. CM Syed Murad Ali Shah said it was a Rs2 billion project, for which Rs1 billion had already been allocated. The project PC-I has been prepared and sent to the Planning and Development (P&D) service for approval.

During the deliberations, it was observed that the K-IV project presented serious problems. In order to resolve them, it was therefore decided to develop better coordination between the provincial government and the Center for the execution of the two transport systems and the increase of the K-IV project.

The meeting was informed that the revised PC-I of the project would be submitted to the Executive Committee of the National Economic Council (Ecnec). The CM indicated that regarding the installation of the 50 MW power plant, he would discuss this component of the K-IV project with his team.

However, the meeting decided to ask all federal government agencies to issue notices of compliance for the K-IV augmentation project to be executed by the provincial government.

Karachi Commissioner Iqbal Memon said the National Disaster Management Authority (NDMA) has released 1.32 billion rupees as compensation for the resettlement of people who have had to leave their homes in the city due to the anti-encroachment operation.

The NDMA informed the administration of the Karachi division that it had released more money. The commissioner claimed that an excess expenditure of 518.713 million rupees had been incurred for the rental of machinery for the operation.

The meeting decided that the city commissioner and NDMA officials would meet to reconcile the expenses and settle the issue of payment within a week.

The CM said that under the new LG law, the mayor of Karachi has been appointed chairman of the city’s solid waste management board which will be established so that the proper clean-up of the metropolis can be ensured.

Sindh Solid Waste Management Board (SSWMB) General Manager Zubair Channa briefed the meeting on initiatives taken to remove garbage from the city. He said the cleanup of all parts of the city, except the central district, had been contracted out to reputable foreign companies.

He said the Central District cleanup handover process is underway. It was also decided that the issue of regulating the disposal of waste generated in cantonment council jurisdictions and the clearance of unpaid SSWMB dues would be resolved.

CETP-1, CETP-2 and CETP-4 were included in phase I of the project because they have no land issues and the construction of wastewater treatment plants or pumping stations can be initiated without no hindrance. The revised Rs 18.143 billion PC-I is pending approval.

As a result, the PC-I of the project was authorized by the Central Development Working Group and approved by Ecnec for 78.384 billion rupees. Subsequently, the signing of the loan took place on June 18, 2020 and became effective on October 6, 2020. TransKarachi, an Section 42 company wholly owned by the Sindh government, is executing the project.

The question of the evacuation of the Rangers from the bus depots of Malir Halt and Mosamiat was also raised. Karachi Corps Commander Lt. Gen. Muhammad Saeed told the meeting that the paramilitary force will clear the bus depots when the Sindh Transportation Department begins work on the BRTS Red Line project.

The provincial government urged federal ministers to order the Civil Aviation Authority (CAA) to allocate 12-14 acres out of the 52 identified acres of land in the CAA’s possession for the immediate relocation of the Rangers to avoid harm. penalties provided due to occupancy of the deposits. Federal P&D Minister Asad Umer assured the CM that the matter would be resolved through his office.

CNO for the road project

The meeting was asked to decide on land issues and NOCs regarding the KPT, National Highway Authority (NHA), Pakistan Railways, Pakistan Navy and other authorities for the construction of the Mauripur Highway and of the ICI interchange project.

The meeting was informed that the request for proposal was issued in June 2021 and that the technical bids were opened in September 2021 for the Mauripur highway and ICI interchange project.

However, there are some issues hampering free access to the project site at different locations, such as the elevated U-turn, the Lyari Bridge interchange, the Marine Academy overflight, the Salt Field area, the widening and the overflight. from the Kakapir road, and the ICI Flyover ramp.

The coordinating committee requested the PN, KPT, PR and NHA to issue notices of compliance so that work on the project can begin.

US spends billions to deepen US ports for mega ships