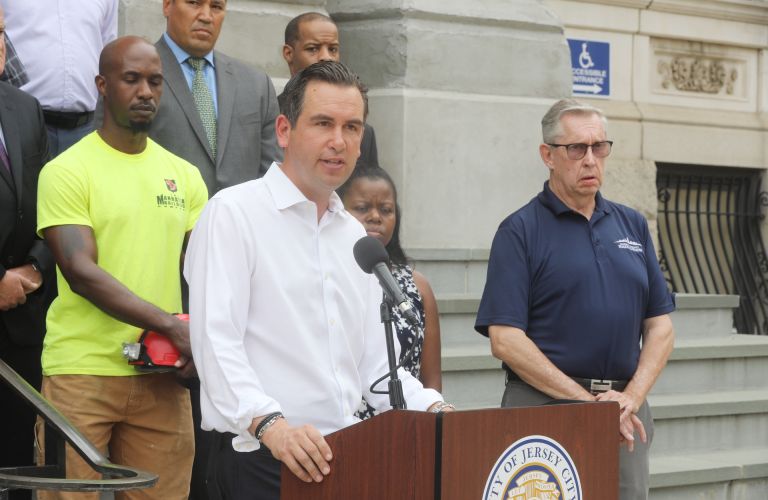 Jersey City mayor and veteran Steve Fulop announced on Tuesday that the city is partnering with Elizabeth Development Co. to launch a “Helmets to Hardhats” training program – an effort that will help women and minority veterans make the difference. transition to jobs in the construction industry.

The program, which uses a $ 300,000 grant made to EDC by the New Jersey Department of Labor and Workforce Development, will launch its first initiative in Jersey City to serve veterans of County of Hudson and will soon expand to serve Bergen, Essex and Union counties.

“We have been very successful in bringing women and minorities into construction union apprenticeships and we are delighted to now have the resources provided by the state to recruit and train military veterans so that they too can have a career as a laborer, carpenter, plumber or truck driver, ”O’Dea said. “They gave for our country, and now we can give it back to them. “

In Jersey City, the mayor’s office provides essential support to the nomination process. Jersey City’s employment and training program was also instrumental throughout the implementation process. Service engagements are received through the Department of Military and Veterans Affairs and the Hudson County / Jersey City Workforce Development Board.

Fulop, a Marine Corps veteran, said he was eager to support the program.

“Jersey City is a diverse community and is home to many veterans who proudly serve their country and return home to find themselves in need of work,” he said. “This program provides that direct link to meaningful employment, which can often be a major challenge for veterans returning to civilian life. “

The support of partners in the building trades is just as important. This grant is made possible thanks to solid partnerships with the various professions that serve the territory. Pat Kelleher, president of Hudson County Building Trades, was instrumental in securing support for the request. LIUNA Local # 3, OPCMIA Local # 29, Teamsters Local 560 and Carpenters Local # 253 all provided verbal and written support.

“This grant is vital to increasing the participation of women and minority veterans in the construction trades,” Kelleher said. “I have worked with Mayor Fulop and Commissioner O’Dea for many years to achieve this goal.

“We recognize that this helmet helmet program will provide the resources to reach and serve our Veterans effectively and serve as a pathway for our Veterans to achieve rewarding careers in our affiliated trades. The Hudson County Building and Construction Trades Council is committed to the success of this program.

In addition to hands-on construction training, OSHA-30 certification and placement assistance, every effort will be made to ensure the long-term success of every Veteran who participates in the program. EDC will work with the American Legion to ensure the program is accessible to as many veterans as possible.

In a meeting in Sharm el-Sheikh, Israeli Prime Minister Bennett and Egyptian…

PH-US cooperation is bound to flourish in the years to come: Sent