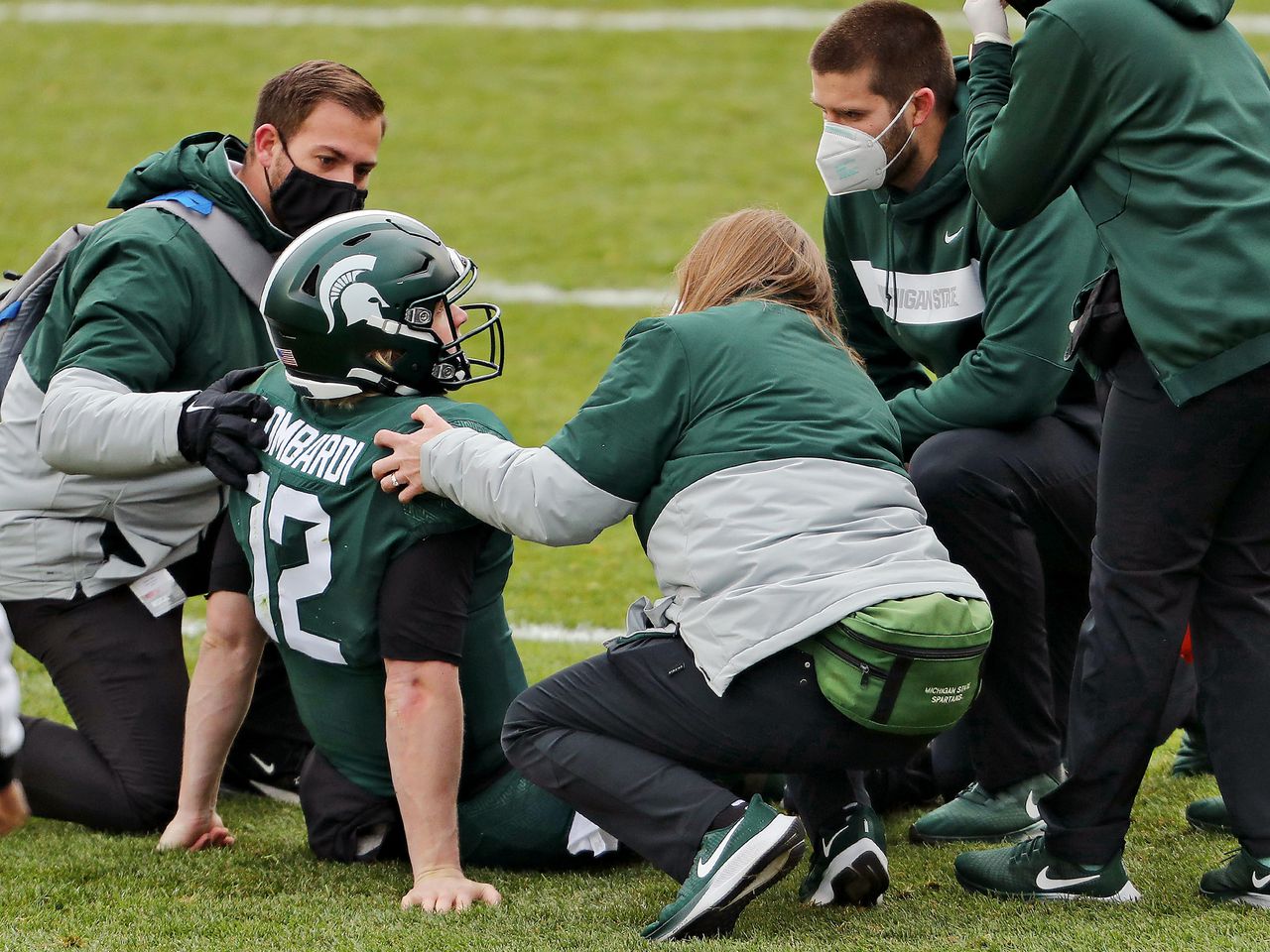 Junior Redshirt Rocky Lombardi, who was injured last week, was not in uniform during the Spartans (2-4) warm-ups before Saturday’s game (noon, ABC) at Penn State (2-5). Redshirt rookie Payton Thorne – the only other quarterback to play for Michigan State this season – took pictures of starting center Nick Samac during warm-ups. Sophomore Redshirt Theo Day and real freshman Noah Kim were the other quarterbacks participating in the warm-ups and this is the first game Kim has dressed for.

Lombardi has started the first six games this season but was injured with less than five minutes to play in the second quarter of last week’s 52-12 loss to Ohio State. He appeared to have hit his head on the ground while sacked, was taken to the locker room and did not return to play when Thorne took over.

Michigan State freshman coach Mel Tucker on Tuesday Lombardi said “seemed to be doing better” Monday and planned to find out which direction the team would go to quarterback by Wednesday.

In his third career game, Thorne completed his first 11 assists against the Buckeyes and finished 16 for 25 for 147 yards and an interception and had nine carries for 42 yards and a touchdown, to go with a fumble.

Prison guard cannot be fired for failing to perform CPR on inmate who hanged himself, Pennsylvania court finds