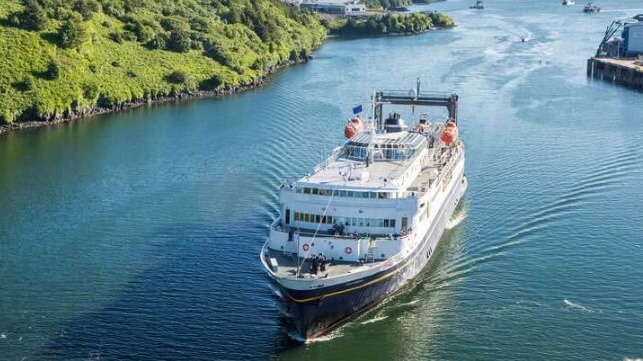 National hiring and staffing challenges have reached Alaska, where the Alaskan Marine Highway System is working hard to fill positions — and has had to suspend at least one shipping due to a shortage of personal.

The Tustumena ferry, which serves the Aleutian Range, had to dock at Homer until at least Saturday. She had just returned to service on July 16 after a long period of work. According to AMHS, “a critical crew shortage has forced the ship to remain in port for safety reasons.”

The ship had been operating with a small crew since mid-July, but because AMHS cannot find enough replacement personnel to cover “essential positions that are vacant due to illness or other skilled needs”, it fell below the required staffing level. The agency said staffing shortages were a concern across AMHS, as in the rest of the country.

To fill the aircrew positions, AMHS launched an “aggressive hiring campaign”. He’s hired headhunters, attended job fairs around the Northwest, and even offered $5,000 signing bonuses, comparable to current bonus amounts in the trucking industry. According to its site, it is focused on hiring unlicensed positions in the deck and engine department, as well as support staff and stewards.

According to local KUCB News, the Tustumena is important for small fishing ports like Akutan and False Pass, which cannot accommodate the larger Kennicott ferry, the only other vessel on the route.

Tustumena is 58, and the State of Alaska hopes to replace her in about five years. However, no shipyards bid on the recent request for proposals to build a replacement, according to Alaska House Presidential Representative Louise Stutes.

Difficulties in hiring and outsourcing compound the challenges of the line with financial stability. AMHS operates underserved remote communities with state support and has faced intense budget pressure from the Alaska Governor’s office in recent years. A $30 million budget cut forced it to reduce service to Southeast Alaska in 2019, including suspending winter service to Cordoba. He had to cancel plans to rehabilitate the ferry Malaspina, and he instead considered taking it to the reef to cut costs; she was eventually sold to a private party for use as an attraction. In 2020, AMHS sold two high-speed ferries to a discounted Spanish operator. This year, its budget has been fully funded, largely with federal aid, but it faces an uncertain political climate for the future.

7 heroes who make the world a better place