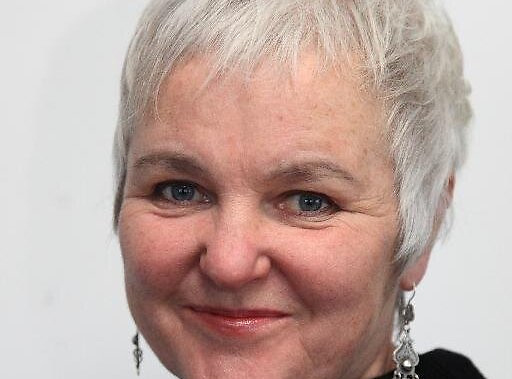 People Before TD Profit Bríd Smith said the next contract for aviation search and rescue services should not be awarded to CHC Ireland.

These services should be operated by the state, said Ms Smith.

She was speaking at Dáil yesterday (November 17) during statements on the Air Accident Investigation Unit (AAIU) final report on the loss of four lives in the Irish Coast Guard Rescue 116 helicopter crash off shore de Mayo in March 2017.

The IAAU final report released on November 5 made 71 findings and 42 recommendations regarding the Sikorsky S-92 crash, which claimed the lives of Capt Dara Fitzpatrick, Capt Mark Duffy and the winch crew Paul Ormsby and Ciarán Smith.

The bodies of the winch crew have still not been found.

Speaking to Transport Minister Eamon Ryan in the Dáil’s bedroom, Ms Smith noted that he called it a “tragic and unforeseen accident”.

“I don’t believe this is a tragic and unforeseen accident”

“But I don’t think this was a tragic and unforeseen accident, because when you prioritize costs when bidding on basic services, you create risk and cost of living. very serious, ”Ms. Smith said.

The crew of Rescue 116 were employed by CHC Ireland, which has the current Irish Coast Guard contract to operate four search and rescue air bases. A call for tenders for the new contract is currently underway.

Referring to navigation issues, she questioned “light regulation” and the role of the Irish Aviation Authority (IAA).

“If we are to fully honor the crew of 116, and indeed honor all Air Corps and Sea Rescue personnel, we must do more than just accept the recommendations of this report,” Ms. Smith said.

“We need to end light regulation in bodies like the IAA, and we need to end the tendering and obsession with cutting the costs of vital utilities and ensuring that the state manages it. – even these vital services, ”she said.

“If you award this contract to CHC (…) then the dedicated staff and the personnel who are employed to ensure our safety at sea and to rescue us will be greatly insulted,” she told the minister.

“I think it would be an absolute irony and a tragedy for the state to do that,” she added.

Ms Smith expressed solidarity with the families of the four crew members and said the state owed them an apology.

She also asked why the final report was sent for review, delaying its publication by more than two years.

Opening the two-hour debate, Minister Ryan said he accepted all recommendations relating to his ministry.

While it would take his ministry some time to process each of the findings, he said he would formally respond to all safety recommendations before a 90-day deadline.

The IAAU concluded that the tragedy was an “organizational accident,” he said, and described a number of measures his department had taken to improve search and rescue operations, including the publication a national search and rescue plan.

A review of all Irish Coast Guard personnel training had taken place, and there had been a formal course on aviation resource allocation.

New legislation would formalize the IAA’s role in search and rescue oversight.

Mr Ryan explained that his department had requested that the role of the IAA as a civilian regulator be reviewed by external experts this year, and that he found no loopholes under the Irish Aviation Act 1993 in compliance with obligations.

He paid tribute to the work of the IAAU and the four crew members of Rescue 116 and expressed his condolences to their families.

Sympathies were also expressed by a number of Members participating in the debate.

Independent TD for Galway West Catherine Connolly expressed frustration that such a short deadline had been allowed for the review of such a long and detailed 350-page report.

He asked the minister to provide a timeline for the implementation of each of the 42 safety recommendations.

Mr. O’Rourke asked what mechanism would be used to ensure that the different parties to which recommendations are addressed comply with the report in a coordinated manner.

The people living in her constituency in Erris had a special place in their hearts for the sacrifice made by the four crew members on the morning of March 14, 2017, she said.

TD Labor Aodhán Ó’Ríordáin read the statement on the IAAU report of the Irish Airline Pilots Association in the Dáil file, and noted that the pilots’ union had said the loss of life was also “unnecessary than avoidable ”.

Mr. Calleary paid tribute to the communities of Erris and North Mayo who had mobilized to provide support during the extended research effort.

Irish Coast Guard volunteers who were on call 24/7 deserved dignity and respect, which they were not getting at the moment, Mr Calleary said.

He also questioned the delay in the deployment of night vision goggles for all search and rescue operations.

Members of the household observed a minute of silence in memory of the four Rescue 116 crew members who died in the crash following the debate.

The key to life on Europa? – NASA’s Europa Clipper