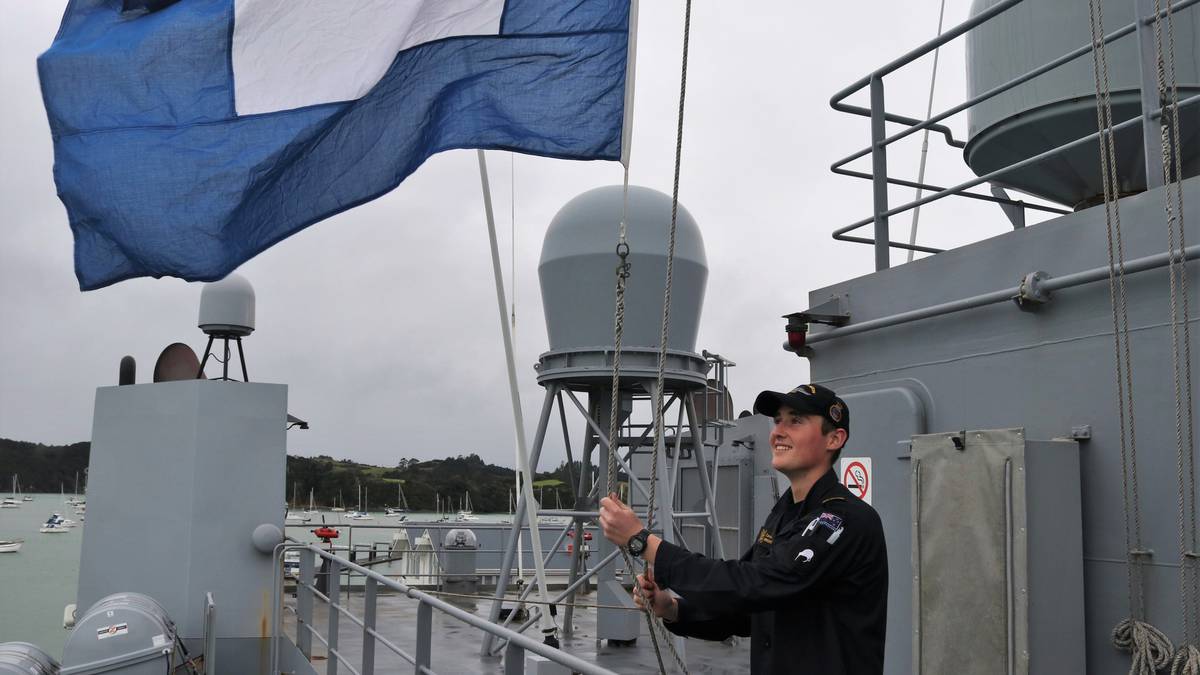 Among the crew of HMNZS Wellington when it called at Ōpua this week was a 20-year-old Northlander enjoying her first experience at sea with the Navy.

The 85m offshore patrol vessel is three weeks into a month-long mission which trains the crew to protect the vessel against, among other things, floods, fires and civil unrest.

Cameron Wright, from Ruakākā, attended Bream Bay College before landing a job on a tugboat in Northport.

He joined the Royal New Zealand Navy just over a year ago.

“I had a cousin who was in the navy. He used to tell me stories about his deployments. I was like, ‘Why don’t you join up and see what all the fuss is about?'”

It wasn’t exactly what he had in mind when he joined the Navy, but now he’s enjoying his first posting on a ship and training for his next step up the echelons to a capable qualification.

Its role is centered on communications by signal flags, lights and radio.

Wright said he liked learning on the ship because there was more pressure to get it right.

“Plus, I couldn’t have asked for a better crew.”

He was keen to stay with the Wellington as long as he could.

The vessel is frequently deployed in the Pacific for fishing patrols, search and rescue and disaster relief, including after the recent volcanic eruption in Tonga.

In the longer term, he hoped to be assigned to HMNZS Aotearoa, a frigate deployed around the world.

During Wellington’s visit to Ōpua, the crew were trained in protecting the ship from protests and civil unrest, with a group of naval personnel staging a mock riot on the dock and attempting to storm vessel.

The 45th Lifeguard Olympics heat up the sands of Rehoboth Beach